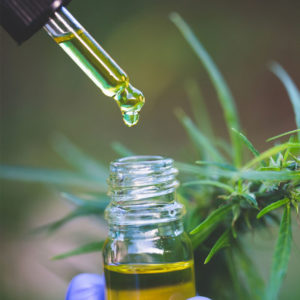 Not everyone is interested in the smoke and smell produced by the vaping or smoking of cannabis. Oral cannabis products can allow easy consumption of marijuana while remaining fast-acting and consistent in their effects. It’s worth noting that oral products are not limited to cannabis edibles like soft chews and brownies. In fact, many different oral products exist on the market, from oils, tinctures, and sprays to pills and capsules. Oral products are made to dissolve under the tongue or consumed directly like an edible, and can provide mental and physical relief from numerous symptoms.

An extraction through a solvent isolates the most desirable components of the marijuana plant, the cannabinoids and terpenes. After ethanol or butane extraction, the resulting oral product is distilled to remove the solvent used during extraction. This substance is then infused into the desired product, whether that is a tincture, oil, or other substance.

The effects of oral products last longer than inhaled products and include no lung irritation as a result of their lack of smoke. Consuming them by putting them under your tongue allows them to absorb directly into your bloodstream, acting quicker than an edible by 10-40 minutes. Hemp oil interacts with the nervous system, enabling it to reduce stress, and it’s also anti-inflammatory, allowing it to potentially lessen pain and nausea. Liquid tinctures dropped under the tongue are absorbed for 1-5 minutes and work quickly to limit pain. Oils and tinctures also avoid the sugar and calories of an edible. (1)

It can be difficult to determine exactly which ratio of CBD and THC works best for the effects you’re hoping for. Tinctures are suggested over capsules for beginners, as tinctures allow a lower dose than most capsules and offer more control over dosage.

Cannabis has a long history as a medicine. In China, people used cannabis as medicine as early as 2700 BC. The Chinese mainly used the seeds for a variety of medical maladies, and the plant itself had many other uses. Similarly, cannabis was used for medicine in India around 1,000 BC. Much later, in mid-1800s Europe, tinctures and oils began to be developed and spread across the continent and into America. (2)

Many new forms of oils, sprays, tinctures, and pills are still being created, with a wide variety of tastes and scents to accompany their medicinal effects.